Let's assume that Home4U was incorporated in January 2021 and its accounting years end on each December 31. The following transactions occurred during a three-month period.

Transaction 1. On January 31, a donor contributes $10,000, without restriction, for the operation of Home4U. This transaction affects the general ledger accounts as follows:

Assuming this is the only transaction in January, the general ledger account balances will result in the following financial statements: 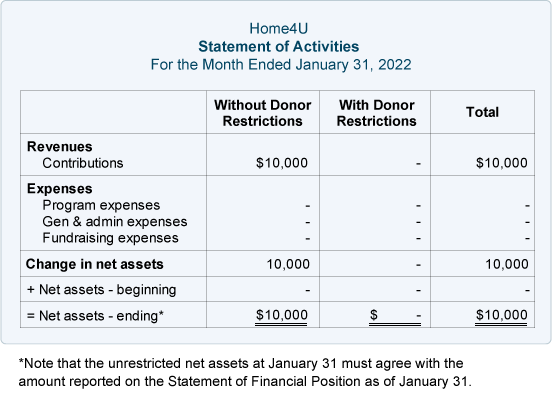 Transaction 3. On February 2, a $400 check is written to the utility as a one-time security deposit for electricity and heat service.

Transaction 4. On February 19, Home4U receives a contribution of $8,000 that the donor specifies must be used for the purchase of furniture. The contribution is deposited into a money market account. This transaction affects the general ledger accounts as follows:

Transaction 5. The electricity and heating bill/invoice has not arrived. It is estimated that the amount for February's usage was $350, so the following accrual adjusting entry is recorded on February 28:

Assuming that Transactions 2 through 5 are the only transactions occurring in February, the general ledger account balances will result in the following financial statements: 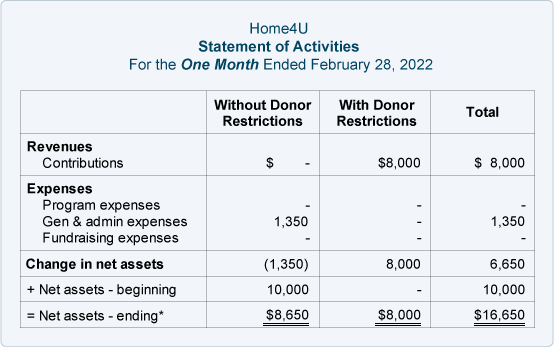 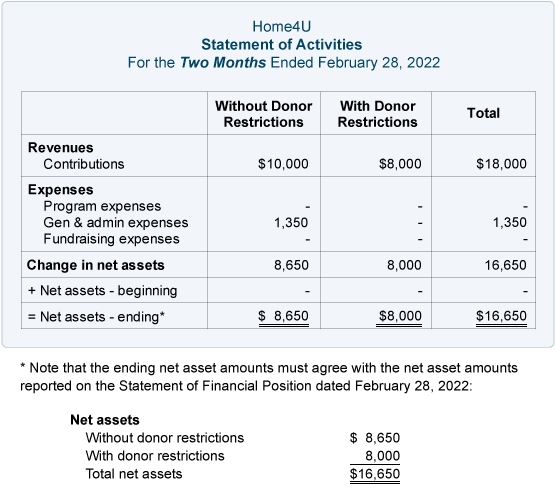 During March, Home4U paid the March rent of $1,000. Home4U also paid the February utilities which were equal to the estimated amount of $350. Home4U estimates that March's utilities will be $300.

On March 31, Home4U paid $8,300 to purchase furniture (using the donor-restricted contribution of $8,000). The statement of financial position dated March 31 will report the following amounts: 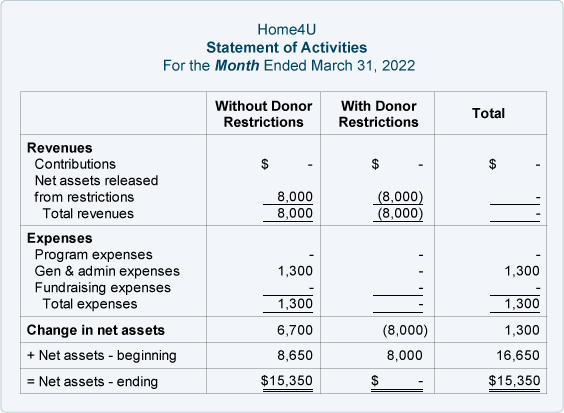 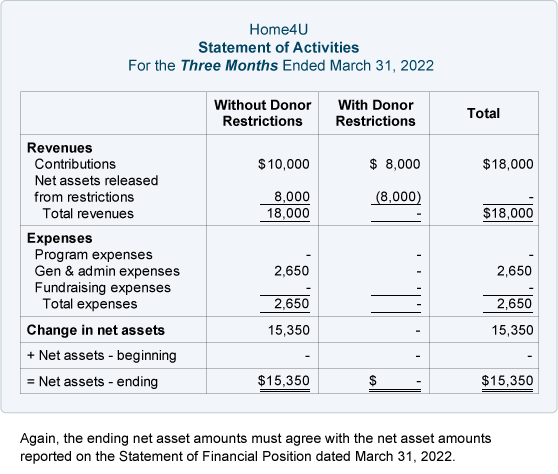