If a company disposes of (sells) a long-term asset for an amount different from the amount in the company's accounting records (the asset's book value), an adjustment must be made to the amount of net income appearing as the first item on the SCF.

We will demonstrate the loss on the disposal of an asset in Good Deal's next transaction.

On July 1, Matt decides that his company no longer needs its office equipment. Good Deal used the equipment for one month (June 1 through June 30) and had recorded one month's depreciation of $20. This means the book value of the equipment is $1,080 (the original cost of $1,100 less the $20 of accumulated depreciation). On July 1, Good Deal sells the equipment for $900 in cash and reports the resulting $180 loss on sale of equipment on its income statement. There were no other transactions in July.

The income statement for the month of July will show how the disposal of the equipment is reported:

The income statement for the period of January 1 through July 31 is: 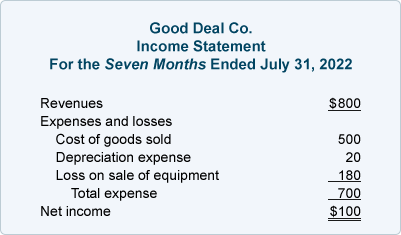 The following comparative balance sheet shows the changes that occurred during July: 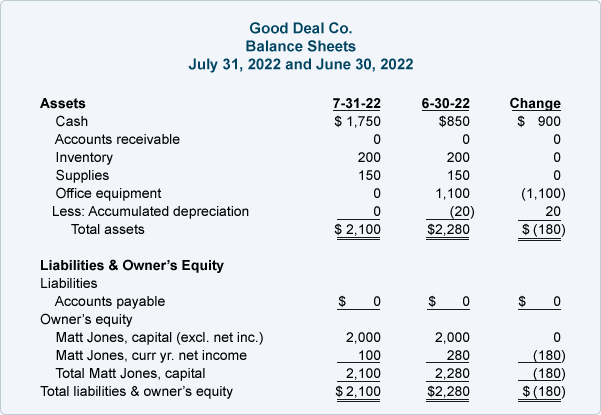 The SCF for the one month of July is:

Let's review the cash flow statement for the month of July 2020: 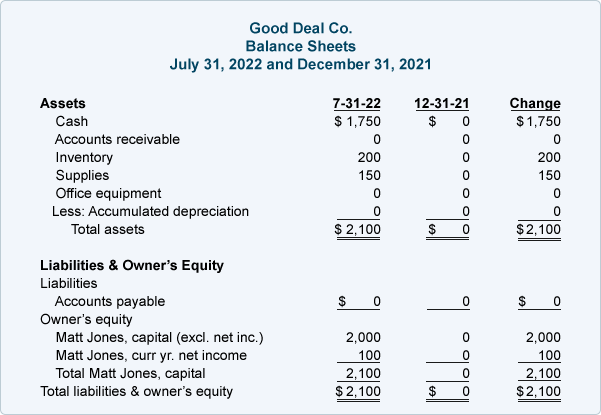 The SCF for the period of January 1 through July 31 is: 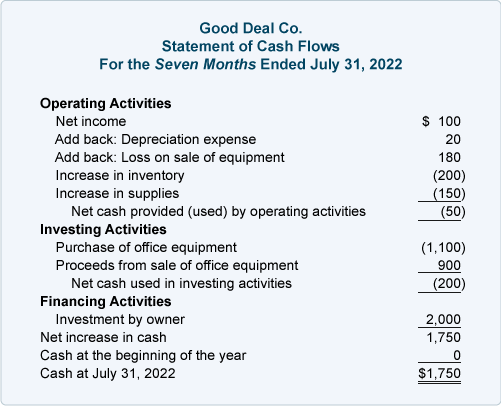 Let's review the cash flow statement for the seven months of January through July 2020:

Net increase in cash during the seven months was a positive $1,750 (the combination of the totals of the three sections—operating, investing, and financing activities). This $1,750 agrees to the check figure—the increase in the cash from the beginning of January to July 31.