Depletion Expense and Amortization Expense are accounts similar to Depreciation Expense. They involve allocating the cost of a long-term asset to an expense over the useful life of the asset, but no cash is involved.

In the operating activities section of the cash flow statement, add back expenses that did not require the use of cash. Examples are depreciation, depletion, and amortization expense.

Next, we examine how depreciation expense is reported on the Good Deal Co.'s financial statement. 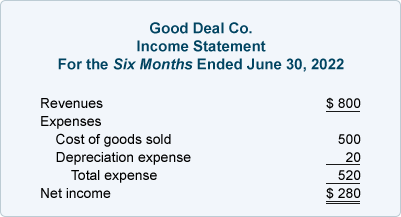 A balance sheet comparing June 30 amounts to May 31 amounts and the resulting differences or changes is shown here: 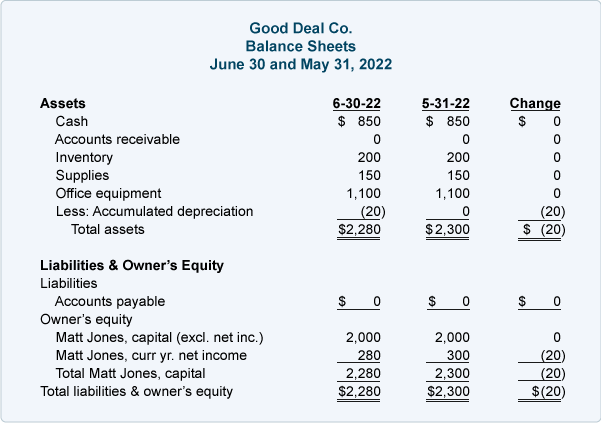 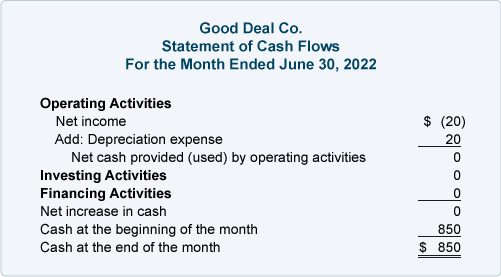 The cash flow statement for the month of June illustrates why depreciation expense needs to be added back to net income. Good Deal did not spend any cash in June, however, the entry in the Depreciation Expense account resulted in a net loss on the income statement. On the SCF, we convert the bottom line of the income statement for the month of June (a loss of $20) to the net amount of cash provided or used by operating activities, which was $0. This is done with a positive adjustment which adds back the $20 of depreciation expense.

The following comparative balance sheet shows the changes between December 31, 2020 and June 30, 2021: 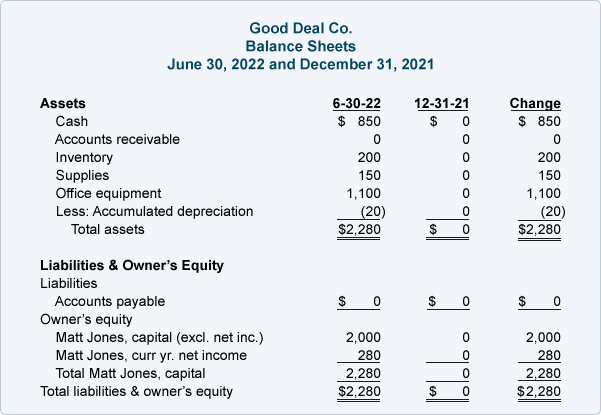 The SCF for the period of January 1 through June 30 is: 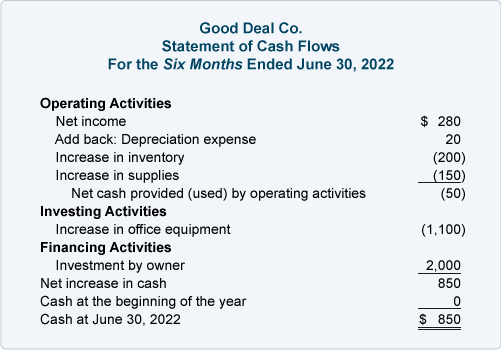