May Transactions and Financial Statements

On May 30 Good Deal pays its accounts payable of $150. On May 31 Good Deal purchases office equipment (a new computer and printer) that will be used exclusively in the business. The cost of the office equipment is $1,100 and is paid in cash. There were no other transactions in May.

A balance sheet comparing May 31 amounts to April 30 amounts and the resulting differences or changes is shown here: 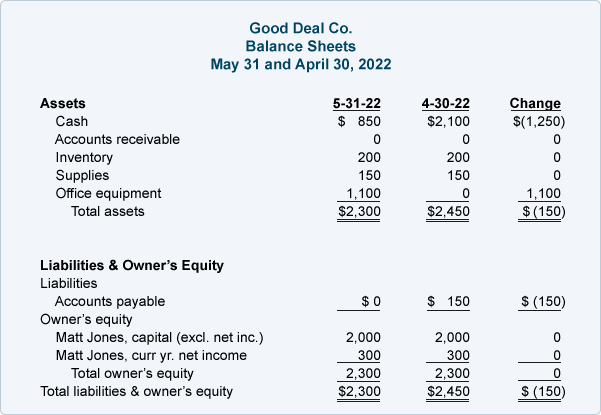 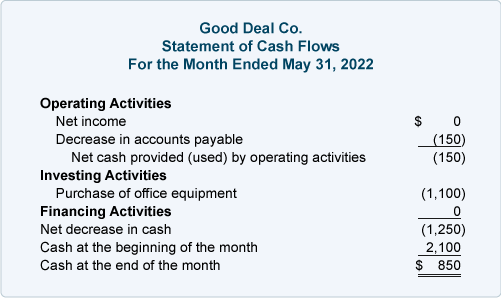 The following comparative balance sheet shows the changes between December 31, 2019 and May 31, 2020: 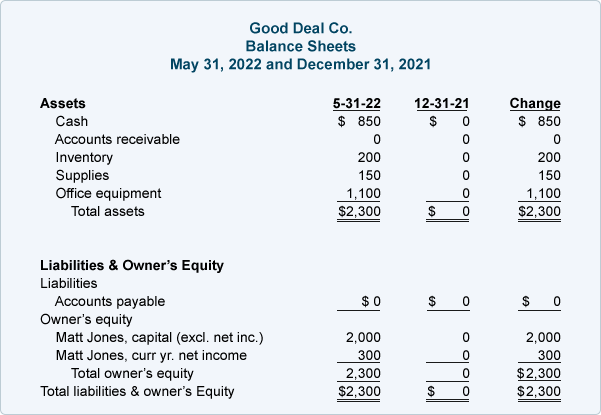 The SCF for the period of January 1 through May 31 is: 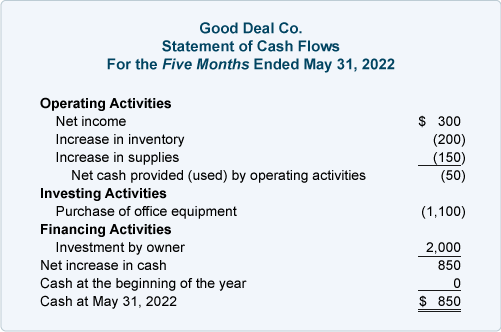 Let's review the cash flow statement for the five months ended May 31: