On April 28 Good Deal ordered $150 of supplies on account. The supplies arrived on April 30 along with an invoice showing that the entire $150 is due by May 30. None of the supplies were used in April. This was the only transaction during April.

Matt prepared the following financial statements for Good Deal Co. as of April 30:

Since no supplies were used in April, there is no Supplies Expense. The $150 will be reported on the balance sheet in the asset account Supplies.

A balance sheet comparing April 30 amounts to March 31 amounts and the resulting differences or changes is shown here: 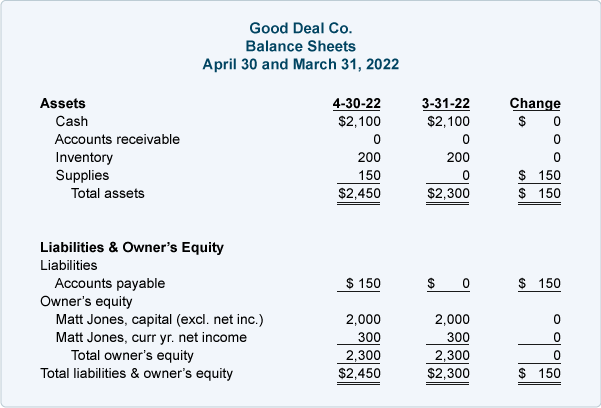 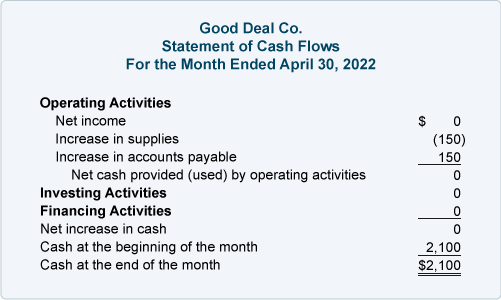 Think of the negative amounts (the numbers within parentheses) as not good for cash. For example, if a company pays a bill, that's not good for its cash balance (but good for the liability Accounts Payable which decreases).

The following comparative balance sheet shows the changes between December 31, 2020 and April 30, 2021: 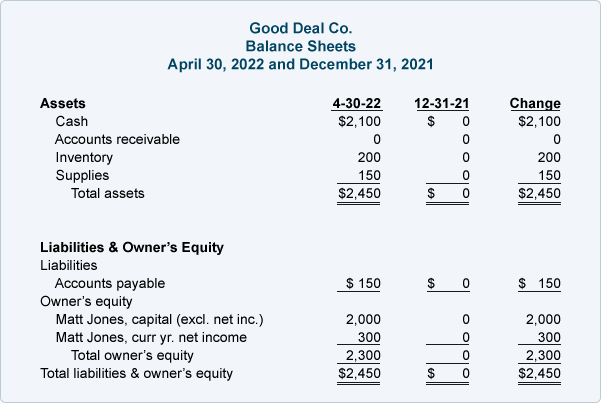 The changes will be used to prepare the SCF for the four months ended April 30.

The SCF for the period of January 1 through April 30 is: 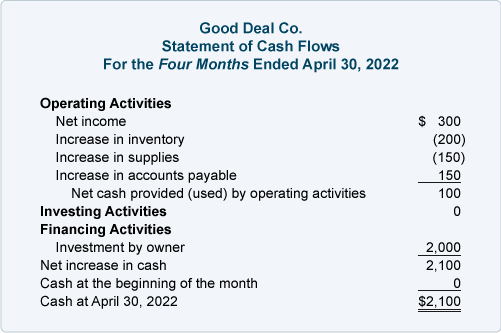 Let's review the statement of cash flows for the four months ended April 30: