On December 7, 2021, ASC uses a temporary help service for 6 hours at a cost of $20 per hour. ASC will pay the invoice when it is due in 10 days. The effect on its accounting equation is:

The liability will be recorded in Accounts Payable and the expense will be reported in Temp Service Expense. The journal entry for recording the use of the temp service is:

The effect of the first seven transactions on the accounting equation can be viewed here: 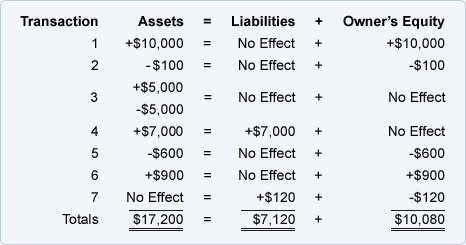 The statement of financial position for ASC as of midnight on December 7, 2021 is: 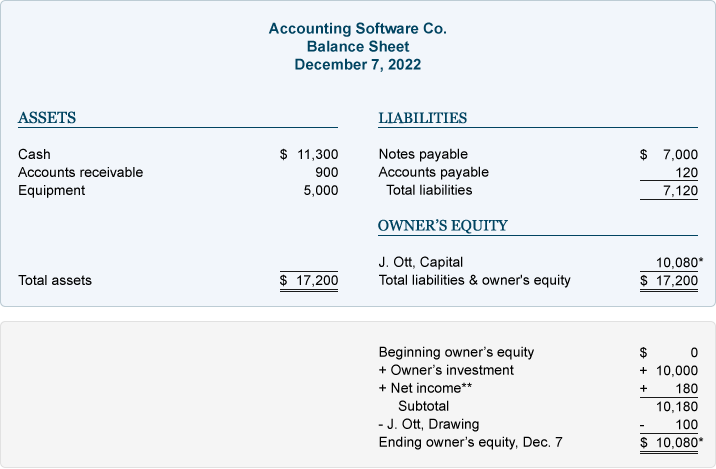 **The income statement (which reports the company's revenues, expenses, gains, and losses for a specified time interval) is a link between balance sheets. It provides the results of operations—an important part of the change in owner's equity.

Accounting Software Co.'s income statement for the first seven days of December is: 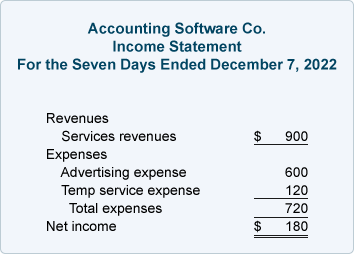 On December 8, 2021, ASC received $500 from the clients it had billed on December 6, 2021. The collection of accounts receivables has this effect on the accounting equation:

The company's asset (cash) increases and another asset (accounts receivable) decreases. Liabilities and owner's equity are unaffected. (There are no revenues on this date. The revenues were recorded when they were earned on December 6.)

The general journal entry to record the increase in Cash, and the decrease in Accounts Receivable is:

The combined effect of the first eight transactions is shown here: 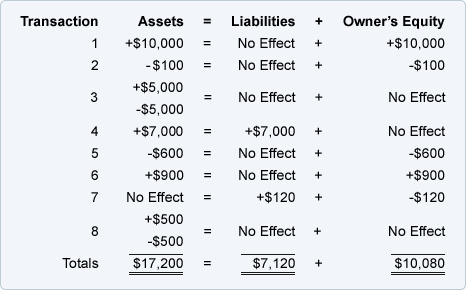 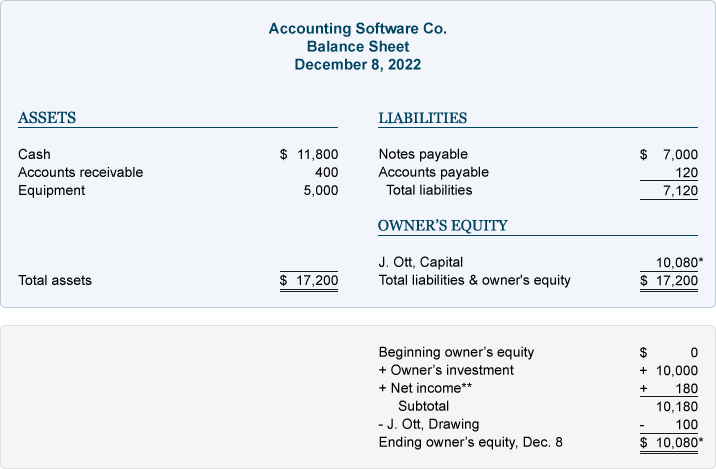 **The income statement (which reports the company's revenues, expenses, gains, and losses during a specified period of time) is a link between balance sheets. It provides the results of operations—an important part of the change in owner's equity.

The income statement for ASC for the eight days ending on December 8 is shown here: 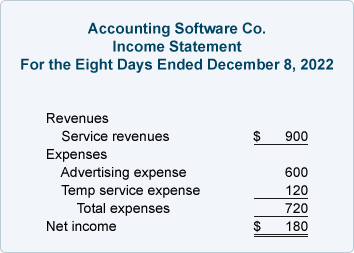